An Edmonton working group is gearing up to mark the 2021 Sexual Exploitation Awareness Week online for the second year in a row.

The Sexual Exploitation Working Group (SEWG) will kick the week off with a live-streamed proclamation event, with remarks by Edmonton City Councillor Scott McKeen and Alberta Minister of Culture, Multiculturalism and Status of Women Leela Aheer.

The Sexual Exploitation Working Group is an Edmonton-based leadership group collaborating to raise awareness of sexual exploitation, sex trafficking and its causes and impacts.

SEWG has been marking the week of awareness annually since 2004 and is held during the Alberta Sexual Violence Awareness Month.

“This is important because we need to keep these critical matters in the public mind,” says Kate Quinn, Executive Director of the Centre to End All Exploitation (CEASE) and Chair of SEWG.

“We want to engage Edmontonians by providing webinars during this week of awareness,” says Quinn.

On May 18, the group will launch a locally-made video exploring the complexities of how Edmontonians become involved in trafficking, and the challenges of finding a way out.

This year, SEWG is also partnering on a webinar that places exploitation in an international context by partnering with the Allies for Youth Connections, presenting Rescue, Recover, Empower: A Global Perspective on Sexual Exploitation. This event will feature a presentation by the Preda Foundation, based in the Philippines.

The High Level Bridge will also be lit up in orange in honour of the week.

“Orange combines the warmth of yellow for compassion and red for anger at injustices,” says Quinn. “Anti-human trafficking organizations around the world have chosen orange as their colour. In Edmonton, on May 17, we stand in solidarity with these initiatives by wearing orange.”

All three events are open to the public, free of charge by clicking on the links below.

May 18, 12 noon – The Escape: A Journey Out of Sexual Exploitation 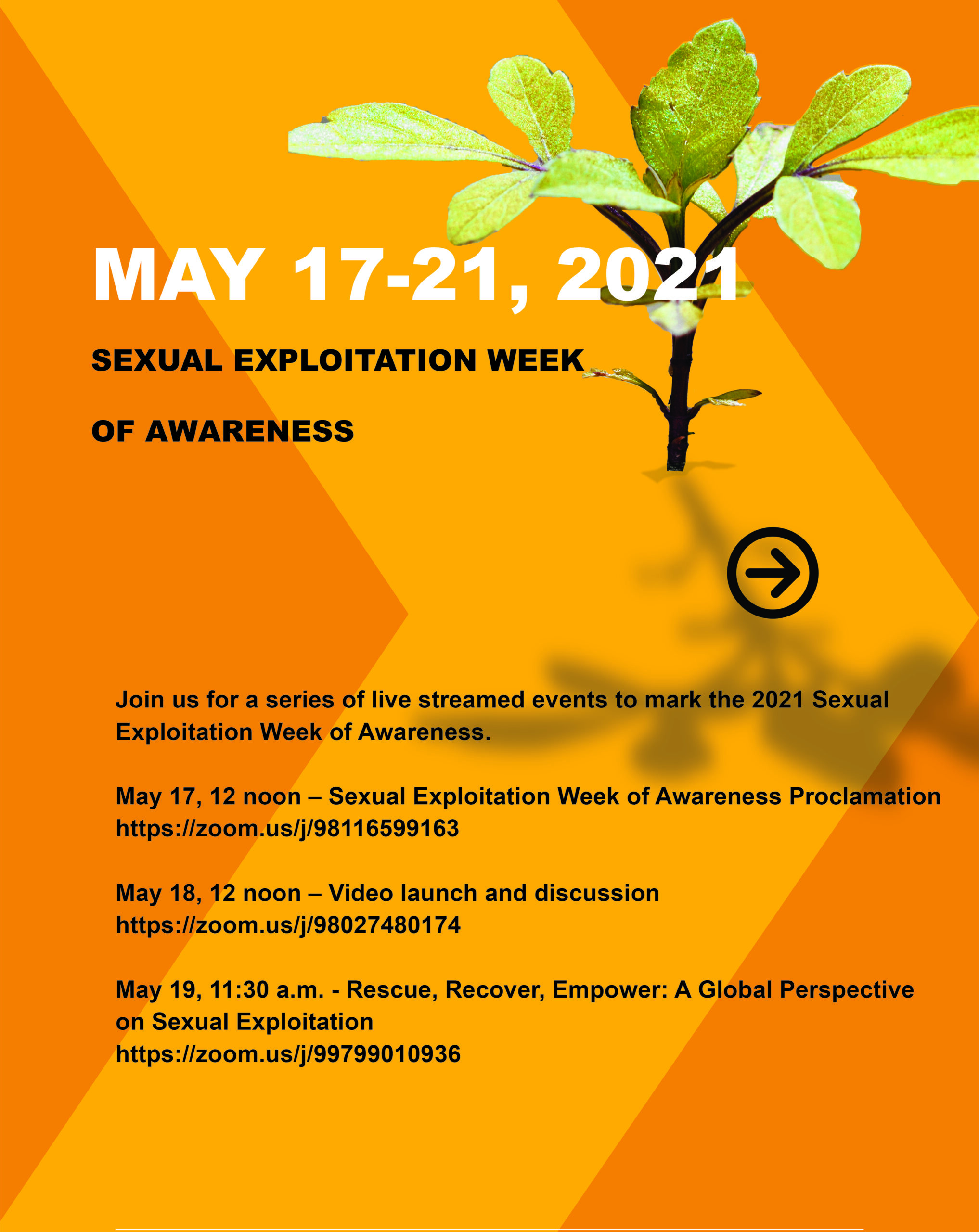