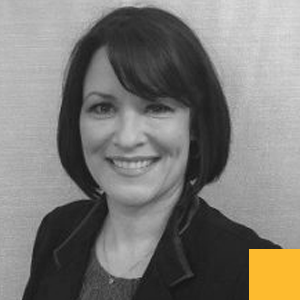 Allison Downey-Damato earned early admission to the University of Alberta Faculty of Law, graduating in 1999.  After articling and practicing civil litigation with a large private Edmonton firm, she came to Edmonton Prosecutions in 2002.

Since becoming a Crown Prosecutor, Allison has primarily prosecuted in the area of domestic violence and family protection specializing in intimate partner violence, sexual assaults, stalking, high risk offenders and child abuse.  In 2004, Allison became the lead prosecutor on sexual assaults in Edmonton and then moved onto to domestic and sex-related homicides in 2007.

In 2009, Allison became the Assistant Chief Crown Prosecutor in charge of the Family Protection Section in Edmonton.  In addition to supervising dozens of prosecutors over the years, she oversaw family violence and high risk offender files.  She continued to carry a caseload of serious, high profile cases while advocating for better solutions to handling family violence and child abuse in the justice system.

Allison has held the positions of Media Spokesperson and Education Coordinator for the Edmonton office over the years.   She has lectured extensively to police, probation officers, academics, volunteers, victim advocacy groups, medical and mental health professionals.  She has built strong relationships with stakeholders who work in the area of intimate partner violence, high risk offenders, sexual assault and child abuse.

From 2015 to 2017, Allison was seconded as the Domestic Violence Project Coordinator with Alberta Justice and Solicitor General.  She is happy to be back as the Assistant Chief Crown Prosecutor in charge of family protection in Edmonton.