Creating connections: Dedication to community runs in the family

Growing up, Sean spent a lot of time at the local RCMP detachment.

“I was constantly in detachments talking with members, just hanging out,” he recalls. “I was the boss’s son. He was one of the longest serving detachment commander in Alberta’s history: for 28 years he was in charge various detachments throughout Alberta and the Yukon.”

“He was a lifelong police officer. Started when he was 20 and retired at 61,” says Sean. “My father retired after 41 years of service in the RCMP.”

From a young age he was drawn to the idea of serving the community and building community-wide connections.

At first, he followed in the family line literally, by joining the RCMP. During those years of service in High Level, he saw that the style of policing modeled by his father was incredibly difficult to replicate under modern conditions.

Sean recalls seeing his father spending every minute he wasn’t on a call actively building relationships with the community, from the grocery store to the coffee shop, always deepening connections with the people of High Level.

“That kind of always made me want to follow in his footsteps,” he says.

The call-volume handled by police officers in the modern era makes finding time for one-on-one community outreach more difficult, as the number of calls for service continues to rise every year.

“One night I had 36 calls in 10 hours and charged 23 people,” he recalls from his time with the RCMP. “It’s reactive, you’re running from call to call.”

But the community-outreach portion of policing still attracted him to the job.

“I loved going into the schools and talking to people,” he said. “Using traffic stops to have friendly interactions, building the relationships.”

While serving as an constable, he was still drawn to all the non-enforcement work that was needed in the community.

“I felt a lot of the people in the community and on reserve didn’t need police help, they needed something else,” he said. “There was just a small shelter across the back alley from where I lived where we could drop people off to sleep, but that was essentially all the services that we could offer them.”

After a couple years with the RCMP, Sean decided to move to Edmonton to study sociology, which eventually led him to social work. After starting out working with high-risk youth, he joined 24/7 Crisis Diversion with Boyle Street Community Services in 2019.

The 24/7 Crisis Diversion initiative dispatches crisis diversion teams around the clock, 365 days a year. They respond to people who are in distress and vulnerable on the streets of Edmonton.

Sean’s day-to-day is now filled entirely with proactive community outreach, not entirely unlike what he saw modelled in his childhood when his father was in between calls.

“Generally, we show up to work and drive around the downtown area, the central hub where we know there’s a lot of comm members,” he says. “We look for anybody in trouble, sleeping outside, or not looking good and we try to make contact with them.”

If they don’t receive a call for service or see someone who may need some help in the first hour, they’ll pick a location to wait for calls.

“We’ll wait till we get a call, then rinse and repeat,” he says. “We try to pick a central location so we’ll have the shortest response time to the calls.”

Waiting around for calls isn’t a situation they find themselves in too often though, as the service is heavily relied upon by the community as well as local emergency services.

The 24/7 Crisis Diversion teams respond to more than 20,000 calls for service every year, many of which come directly from police dispatch, freeing up members to attend to emergency calls where police are needed.

“The gap I saw in High Level, Crisis Diversion fills that gap in Edmonton and fills that void,” says Sean. “They’re not breaking any laws, they plain and simple need help. It could be they need someone to talk to or a ride four blocks. It may not seem like much, but just the gesture is so meaningful.”

When asked how he handles such a difficult job, he says it’s all in how you approach the work.

“Most of the time I get asked: How do you do it? It sounds really scary and dangerous.

But it’s only as scary as you make it,” he says.

“You’re dealing with people, and a lot of the people are good people deep down. They might be having a bad day, calling you names right now, but tomorrow they’ll be having a better day.”

At the end of the day, Sean is happy to be working in the community in a person-to-person way, helping the community, building relationships, and doing the work he has always been drawn to.

“It’s super important to have something like Crisis Diversion,” he says. “It’s too bad a program like this is only in larger cities, because there are so many towns in Canada that could use a service like this.” 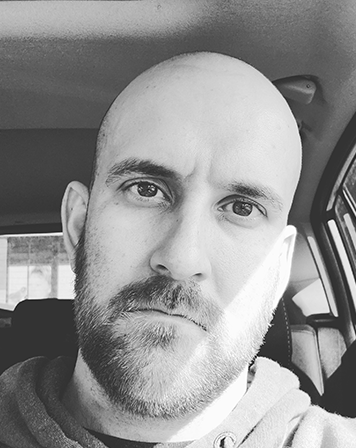