As refugees from Afghanistan arrive in Edmonton, play is helping families adjust to their new lives in Canada.

Every weekday, from 10 a.m. to 2 p.m., more than 60 kids and 30 parents gather to play games, get settled and begin their healing journeys.

It’s part of a new program by Free Play for Kids to give new Afghan refugees a place to go with structured games and activities during the crucial just-arrived period before they are attending school.

“Right now we’re in the middle ground because they've arrived here but don't have schools or homes yet,” says Tim Adams, Executive Director of Free Play. “We’ve been running the program for about six months.”

While many recently-arrived families are living in hotels, their children are able to get on a program-run bus in the morning and head to the facility where they can participate in organised sports and begin their settlement journey.

The effect the programming has on the families is positive to say the least.

“It’s amazing, seeing them become more comfortable with our staff, and seeing their communication,” says Tim .

Rabie Al Taye, a youth leader and soccer coach with the program, says he’s seen firsthand the positive effects sport can have.

“I believe in this program because I used to be a refugee, and I know exactly how they feel and what they need,” says Rabie.

The program introduces the kids to many sports, including football, soccer, and hockey.

“The aim is for kids to have fun and then they can develop their skills and their habits and from the other side,” says Rabie. “We know they are refugees coming from their country and need a safe space to join other people and make friends.”

With regular access to the program, families attending often see drastic personal changes in a short period of time.

“At the beginning of the program, many of the boys and girls are shy and cannot express themselves and don't want to play or share,” says Rabie. “Our goal is to help them join in and after a few days they start sharing, now they are superstars and they want to play.”

Encouraging the children to move from shy and closed off, to ready to play, is essential to integrating and healing from the intense experiences they have gone through.

“Youth sports like hockey, they don't have that in Afghanistan. So this gets them familiar with the sports and especially the teamwork after many years of war,” says Rabie.

Even playing on mixed teams is an adjustment for the youths, who may have lived with strict gender rules before their arrival in Canada.

“They come and play and express themselves,” he says. “We see how happy they are.”

Parents see the good the program is doing for their children, who have just lived through a significant life trauma.

“We have very good feedback from the parents about the kids' behaviour changing in the home after the program,” says Rabie.

The parents were so impressed, they wanted to participate themselves, which led to a separate program for adults.

“When the women saw that their kids could go and have a space to express themselves, at the beginning, all of them asked if they could come and join this program,” says Rabie.

The program, which is funded by Jumpstart, aims to support Afghan refugees in these practical ways, while families settle into Edmonton and begin their new Canadian lives.

For more information about Free Play for Kids, visit https://freeplayforkids.com/ 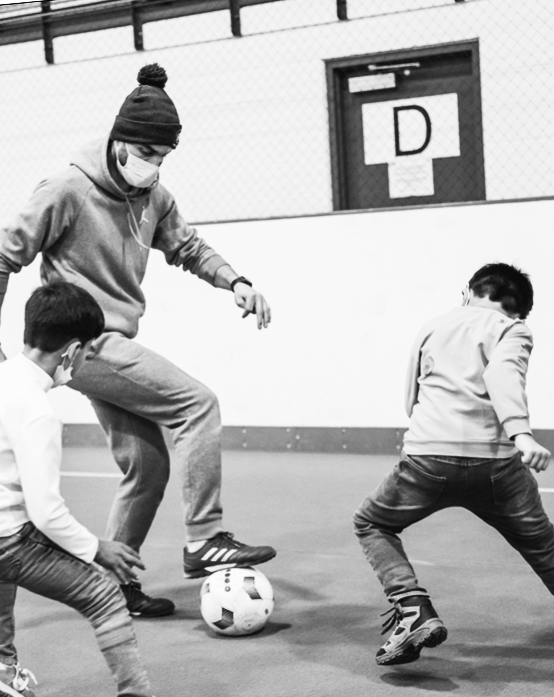 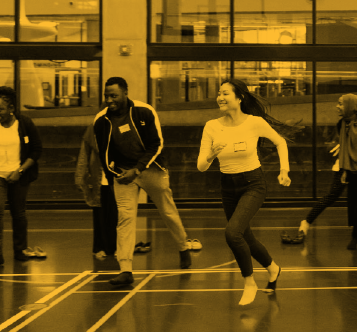