Growing up Black in Alberta: 'Our story is totally different'

Often, the public conversation around Black experiences in Alberta is centred on the immigrant experience.

However, since many early Black settlers in Alberta arrived from the United States along with early European settlers, the narrative of being newly-arrived to the country doesn’t fit for many Black youth in Edmonton.

To address this gap in the narrative, REACH Edmonton in collaboration with Coalitions Creating Equity (CCE) teamed up with Deborah Dobbins to create a video that shares the experiences of Black youth in their own words.

“Deborah was a big part of Coalitions Creating Equity (CCE),” says Helen Rusich, a Project Manager with REACH Edmonton. “She has worked to bring the story of African Americans to Alberta for 50 years and is an incredible, understated resource. She was a guide of sorts for the regional coordinators, myself included.”

Dobbins collaborated to create We Are The Roots: Black Settlers and their Experiences of Discrimination on the Canadian Prairies with Dr. Jenna Bailey and Dr. David Este in 2018. A followup to this video, designed for school-age children, will be released in the fall titled Black Lives in Alberta: Over a Century of Racial Injustice Continues.

With the CCE project ending, Deborah suggested an educational video be made to share the stories of Black youth with Albertans.

“Having seen the We Are The Roots video and knowing Deborah’s desire to create an accompanying video on the youth experience, we worked together to make this happen” says Rusich.

Alberta: Growing Up Black! aims to show that Black youth have a specific story and experience in Alberta.

“It’s very important that we’re Canadian. From the first Canadians in Western Canada, as a group, we are part of those roots. That is why our specific story needs to be told, because we can’t say where we’re from,” says Dobbins. “We’re not from Trinidad, Jamaica, or Sierra Leone, we’re from Canada and the U.S. Our history and our legacy, our experiences are totally different from an immigrant from an African or Caribbean Country. So it’s important to distinguish that, because our story is totally different.”

The video will premiere with a live, online event featuring a panel discussion on June 22 at 4 p.m. June 22, also known as Juneteenth, is an important day for the North American Black community, marking the day the last state abolished slavery.

For details on tickets for this free, live streamed event, click here.

“We hope to eventually get our history firm in the Alberta curriculum, not just on the sideline but deliberately in there and also have a cultural community centre that represents these roots,” says Dobbins. “That’s the hope. That’s why we’re doing all these things. Our mandate is to honour, educate and celebrate the community.” 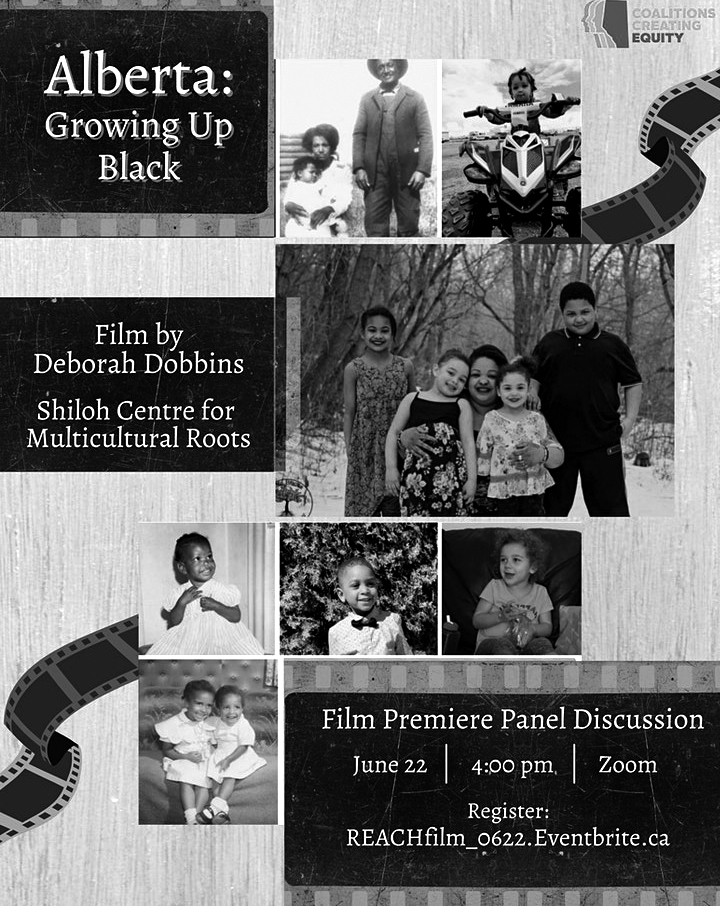