As Covid-19 closed schools and workplaces in March, stresses on ethnocultural youth showed a marked increase as youth were isolated from their in-person community supports in order to prevent the spread.

As the 2020 Police and Youth Engagement Program was cancelled for safety, the initiative was revamped to provide supports to youth through the Youth Navigator program.

Kamoi Lyngo worked as a navigator serving youth in the LGBTQ+ community for the months of May to August.

“My work involved mentoring youth,” said Lyngo. “It was pretty much focused on public engagement and practices for peer supports, especially for youth during the pandemic.”

Lyngo used various social media apps to connect with youth who might be struggling with isolation during the pandemic. During the program he served 100 youth between the ages of 17 and 27.

The supports he offered ranged from connecting clients to resources like sexual health information and where to get and STI test, to emotional support and suicide prevention.

“There was one client, I reached out to him to let him know I was here for support,” said Lyngo. “He let me know that he was on the last chapter of his life. If I wasn’t there to talk to him that night, he didn’t know what he would have done, but he doesn’t think he would have made it through the night.”

“That was one of the most touching moments for me,” he said.

Many immigrant and newcomer LGBTQ+ youth face acceptance issues and some of them are not out of the closet with their friends and families.

“They just don’t know what to do. So they’re being faced with stress and anxiety, coming out issues, acceptance from their ethnocultural community, they’re facing a lot of battles,” said Lyngo. “Most of them need emotional support. That’s a major one. They need linkages to resources. They don’t know the resources exist. That’s where I come in, linking them to different resources that are available.”

Emotional support, if you don’t have a great mental wellbeing you’re vulnerable to just about anything. The first person who comes along, stringing them along a bad road, having them take drugs, making bad decisions. If you have someone there to give the, that great emotional support and be there for them,” he said.

As a 28-year-old LGBTQ+ man from Jamaica, Lyngo can empathize with the struggles his clients are facing.

“I’ve been in a similar situation. That support means a lot, and it helps them make better choices for themselves and help them see the light. There’s a light at the end of the tunnel,” he said. “You have to find support systems. At first I was influenced by unfavourable peoplel and then I started meeting the right persons and they guided me to be the person that I am now.”

The value of that emotional support cannot overstated.

“It’s essential,” says Lyngo. “ Without that guidance and without that support, someone is just l eft to the sharks of the word . Some persons will go through because they’re strong willed, but it’s easy to fall off and turn to drugs and other substances to help you cope with the difficult realities.”

Lyngo served about 100 clients during the Youth Navigators Program.

“I think its’s super important that there is a person that’s there for the vulnerable youth,” he said.. “I think the program is essential.”

Stories of Solidarity is a joint effort between REACH Edmonton and the Edmonton Federation of Community Leagues. This project aims to gather stories about communities proactively coming together to support each other and address local issues. If you have a story you’d like to share, contact Marilyn.Gray@reachedmonton.ca. 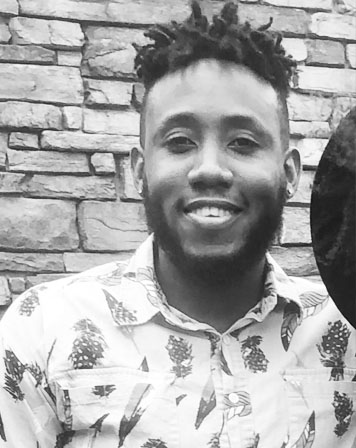 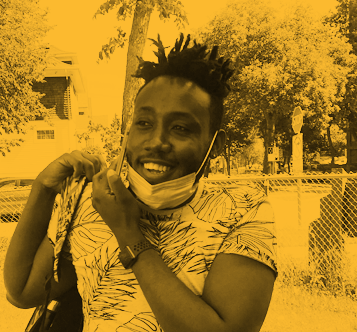