After one year in action, a newly-funded position is making an impact in the lives of vulnerable women trying to escape human trafficking and sexual exploitation.

The position came about after the pandemic highlighted the extent of specific gaps in services for people in these dangerous situations.

“In March, 2020 at the beginning of the pandemic, just as everything was closing down, two separate women walked into EPS police headquarters on separate occasions and asked for help while a third woman was referred by a police officer from another city,” says Kate Quinn, Executive Director at the Centre to End All Sexual Exploitation (CEASE).

“This is highly unusual, that women would walk into the police station asking for help because they’re being trafficked,” she says. Traditionally, detectives would call me or CEASE Project STAR victim advocates, knowing that we would mobilize quickly to find safety for women in those circumstances.  When the detectives called, the harsh reality was that it was the toughest time for domestic violence shelters as they tried to figure out how to negotiate the impact of the pandemic.  There was one bed left in one shelter for the woman at highest risk of danger.  The following week, the same shelter opened a bed for the second person.   The third person was at lower risk and so we called upon a hotel and worked with their staff to provide safety.  ”

We took on the role of supporting the first two women who were now stuck in their rooms because of Covid-19. The shelter staff were busy meeting the needs of the other women and children and some staff were away due to the pandemic.  “Our two Advocates were in quarantine, so, the detectives got her to the shelter and I went to visit, bringing in a sim card and phone charger, craft supplies, cigarettes, books, and flowers to ease the isolation” says Kate. “I could only meet them at the front door.” The sim card was to prevent the trafficker from contacting the woman in highest danger.

The pandemic made visible all the gaps and strains on our safety systems for women.

“I wanted to make it sustainable. There has to be a better way to do this,” says Kate.  “What if I was sick? Or on holiday? And these urgent calls came in? We needed a more systemic response that would allow us to integrate and coordinate more quickly.”

Prior to all this, CEASE had been responding to these needs for years, so the organization was building on a very strong foundation of knowledge and experience.

“When I saw a call for proposals from the federal ministry of Public Safety, I called Jan Fox from REACH Edmonton and Pat Vargas, from Catholic Social Services, who sit on the Alberta Human Trafficking Task Force,” says Kate.

“REACH is our community safety backbone organization and I knew Pat from her years as the Executive Director of A Safe Place women’s shelter.  She had created protocols to support trafficked women in shelters and help them move from shelter to shelter if needed for safety,” she explains. “By early April, the EPS detectives had shifted to the ALERT Human Trafficking Counter Exploitation Unit and I contacted them as well and said: shall we throw our hat in the ring?”

ALERT is a specialized police team, made up of Edmonton Police Service and RCMP members, that conducts criminal investigations specific to human trafficking. While ALERT’s dedicated investigations have proven successful in targeting perpetrators, the Safety Network Coordinator provides a compassionate and fulsome response to survivor supports.

A key aspect of the proposal was the integration with law enforcement and community to improve responses to victims/survivors of sex trafficking. When the funding was secured, the position of Safety Network Coordinator was created.

“We know we have domestic violence shelters and homeless shelters that are almost always full and don’t have the specialized support these women need,” says Kate. “That’s why we created the Safety Network Coordinator position. We also envisioned working with community partners to strengthen and increase the safety network.  When people ask for help, it’s vital to be able to respond with a safe place.”

The woman who has been filling that position for about a year now has seen first hand the impact it has on preventing vulnerable women from slipping through the cracks.

It’s not an outreach position, but a doorway to wider supports and a bridge to law enforcement.

“I’ve been in this position since April of 2021,” she says. “I’m not a member of law enforcement so if someone tells me something, anything that's' shared, we can have a discussion about where the survivor wants the info to go.”

She is able to connect the survivor to either law enforcement, social services or both, giving them a stronger sense of agency and control when coming out of an exploitative situation.

“I provide support throughout any investigation, but in addition, there’s no requirement that someone has an investigation or is connected to ALERT to work with me,” she says. “And that’s where the CEASE side of things comes in.”

If someone is self-referred, she can offer support and systematic navigation to them as well as talking to law enforcement or ALERT if they’d like to report their experience. But they’re not pressured or required to do so.

“We’re just trying to connect them to other organizations and appropriate services,” she says. “No one organization is able to do it all by themselves.”

Her position is essentially a Connector role between social services and law enforcement.

“What we’re doing is enhancing the safety network around these vulnerable clients,” says Kate.

The new position is able to fill gaps by connecting services from law enforcement and social agencies to the people who need them, across different cities, regions and provinces.

“We’ve helped people get home to other cities or other provinces, where they’re safe,” says Kate. “We want to be more sustainable, integrated, comprehensive, and coordinated.”

This is the work CEASE has been doing for many years, but now is more appropriately resourced.

“She is only one person and her job, primarily, is to be that first responder,” says Kate.

“The position is co-located with CEASE so she doesn’t have to do everything alone, there’s a community of expertise around her.”

The position in Edmonton is funded until March 2024 and is part of the Safer Way Out project, which is guided by lived experience and Indigenous wisdom. 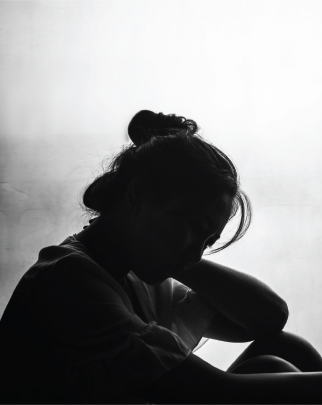