‘Our stories are sacred’: Survivors offer insights to Safer Way Out Advisory Circle

Human trafficking is often thought of as an international problem, but the unpleasant truth is it happens here.

Safer Way Out is a project that aims to develop a coordinated community response that is driven by the needs of victims of human trafficking for the purpose of sexual exploitation.

The project focuses on the geographical areas of Red Deer, Edmonton and Northern Alberta.

In order to ensure the voices of victims are central, the project’s Advisory Circle creates a space for the voices of survivors to be amplified, while guiding the aims of the initiative.

“I add a survivor's voice and lens to the work being done,” says Wiberg. “My lens is coming from an Indigenous survivor’s perspective, as a survivor of commercialized sexual exploitation.”

The circle meets four times per year to further discussion and offer recommendations and guidance.

Wiberg has been a grassroots advocate for Missing and Murdered Indigenous Women and Girls (MMIWG) and all exploited Indigenous people for 15 years, and founded the first MMIWG awareness walk in Alberta.

But sharing her own personal story as a survivor took time.

“I didn’t start sharing my own personal connection until 3 years ago. I kind of came out, if you will, as survivor of sexual exploitation but I also had a lot of support from the survivor community,” she says. “I had been observing other survivors courageously sharing their stories and felt I wasn't being truly authentic to my community if I didn’t share my personal story.”

Her coming out process began on the world stage with a piece in Al Jazeera English.

“I met an Indigenous journalist and she had approached me and said, ‘I know you’re thinking about sharing your story and I have an opportunity.’ I thought, this is it. If I'm going to come out, I'm going to come out to the world,” says Wiberg. “Because I trusted her as a friend and a journalist, I knew she would do a respectful job on a sensitive topic.”

“All these things led me to becoming a little more comfortable and now I’m sharing my story very publicly,” she says. “I’ve shared it with the media, contributed to documentaries on the issue. I don’t regret it for one second. As a survivor, I suffered in shame for many years.”

As she learned more about her own family history, and discovered the proven connections between colonization and exploitation, her own personal story became more clear.

“My mother being in Residential School impacted her ability, or inability, to be the mother she had the potential of being,” she says. “Seeing how my family was disconnected as a result of colonization, our culture being stolen from us, I realized this definitely happened to me as a result of many things: poverty, addiction, racism. I’m still learning about my own story.”

Wiberg hopes sharing her story with the public, as well as the Safer Way Out Advisory Circle will help service providers create better prevention initiatives, while encouraging survivors to step out of shame and live in community.

“My biggest hope is that by me coming out and sharing my story, it’ll help other survivors find a community where they feel safe enough to share,” says Wiberg. “Our stories are sacred and have value.”

“They’re sacred because they’re ours,” she says. “Being that it’s sacred, no one should ever feel that they have to share and I respect those who want to deal with it more privately.”

Wiberg is hopeful her story will contribute to the creation of lasting change that helps prevent anyone from experiencing what she did.

“I hope sharing my story with more organizations and  governments, and whoever else is responsible to help vulnerable youth, will help them see the signs of someone being targeted, vulnerable and groomed into that type of exploitation.”

While the topic is unpleasant, ignoring it is not an option.

“We’d all like to have our noses in the sand, thinking that’ll never happen to me or my loved ones, that only happens to those people,” she says. “The only way we can combat this is with a collaborative effort and I hope that’s what will happen with the Safer Way Out initiative.
This has to continue on because this problem isn’t going away. We have to have hope and work together.”

If you want to learn more about the Safer Way Out initiative, please visit SaferWayOut.ca. If you or someone you know might be a victim of human trafficking, you can connect with a Safety Network Coordinator at snc@ceasenow.org. 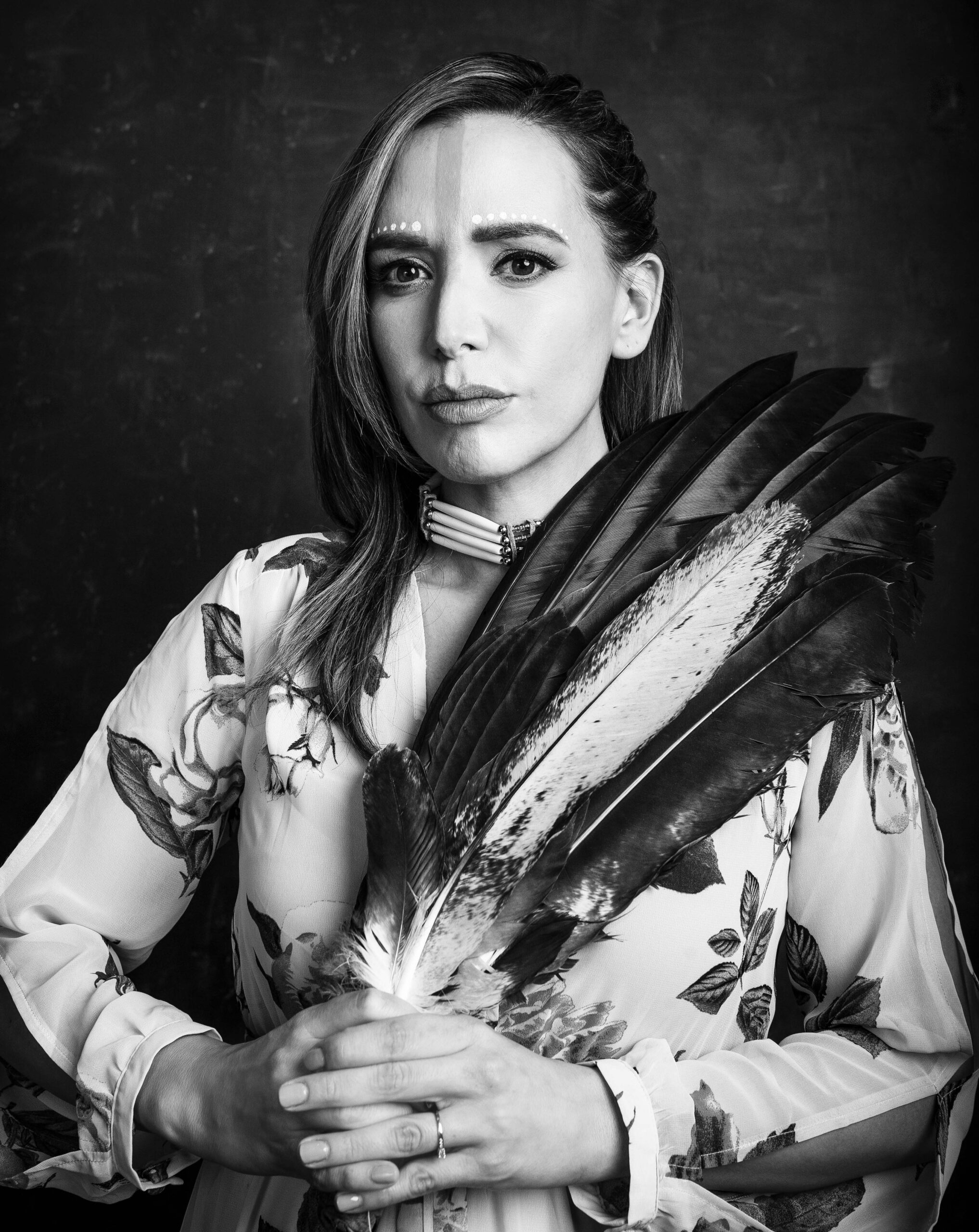