Not forgotten: Community league shines a light on missing and murdered Indigenous women

For two weeks in October, the outdoor rink at the Parkdale Cromdale Community League was transformed into an art piece focused on the reality of Missing and Murdered Indigenous Women and Girls.

While Bent Arrow Traditional Healing Society was on hand to help ensure that the exhibit was created in a respectful and appropriate manner, the project itself came from the Parkdale Cromdale Community League.

“It was the leadership of the community that came up with this idea, we’re just a partner that came along,” says Murrary Knutson, Deputy Executive Director at Bent Arrow Traditional Healing Society.

The exhibit consisted of a series of red fabric panels in a circle, which featured projections of the faces of women who have been lost.  The centre of the rink displayed a red ribbon skirt, a ribbon shirt and a sash to symbolize the loss of thousands of missing women and girls, men and boys, as well as two-spirit people.

“This is something that very much needs our collective attention, and over this past year there has been because of the gravesite discoveries and the first Truth and Reconciliation Day, there have been Indigenous issues in the news,” says Knutson.  “But the fact is that this happens so frequently to the females in our community, and it’s still not really talked about. So we’re very proud to be a part of this exhibit and to raise awareness on this topic.”

Kevin Wong, President of the Parkdale Cromdale Community League says the idea sprouted about a year ago.

“My partner and I were listening to the news and listening to the horrific stories and we felt like we needed to do something on the local level,'' says Wong. “So we thought, why don’t we use the rink space, when it’s so underutilized in summer and fall.”

The movement to bring more attention to the issue of missing and murdered Indigenous women has often used the symbol of the red dress to represent the loss of countless mothers and sisters in the community.

“At first we said, why don’t we get a bunch of red dresses. Then that slowly evolved into using the fabric as a symbol for the dress,” says Wong. “Cheryl Whiskeyjack from Bent Arrow, provided a lot of guidance and pulled some people in to help us understand how to approach this properly.”

While the exhibit was up Oct. 5 to 17, during which time a sacred fire was tended to 24 hours a day.

“It took quite a few volunteer hours to make sure the  fire is attended at all times,” says Wong. “I’m so proud of our volunteers who showed up to tend fires and be part of this exhibit.”

Approximately 50 volunteers came together to make the project a reality, including people from as far away as B.C. and the North, as well as a number of Edmonton Police Service officers.

The project was a community-led endeavour that Wong hopes is just the beginning of Community Leagues taking a hands-on role in promoting reconciliation on the ground.

“We’re trying to acknowledge we’re on Treaty 6 land, and integrate different cultures into our programming,” he says.

As for the exhibit that has now been dismantled, discussions are underway to explore making it a travelling exhibit, shown in other communities, especially in Indigenous communities so family members could view the moving memorial at home.

“We want to make that happen, we just don’t know what that will look like yet,” says Wong.

“I hope this brings some comfort to the families of those who were lost, that their loved ones are not forgotten, and people are still remembering them.”

For more information on this important issue, read the Final Report of the National Inquiry into Missing and Murdered Indigenous Women here.

To learn more about the Parkdale Cromdale Community League, visit their website here.

To learn more about the work of Bent Arrow, visit their website here. 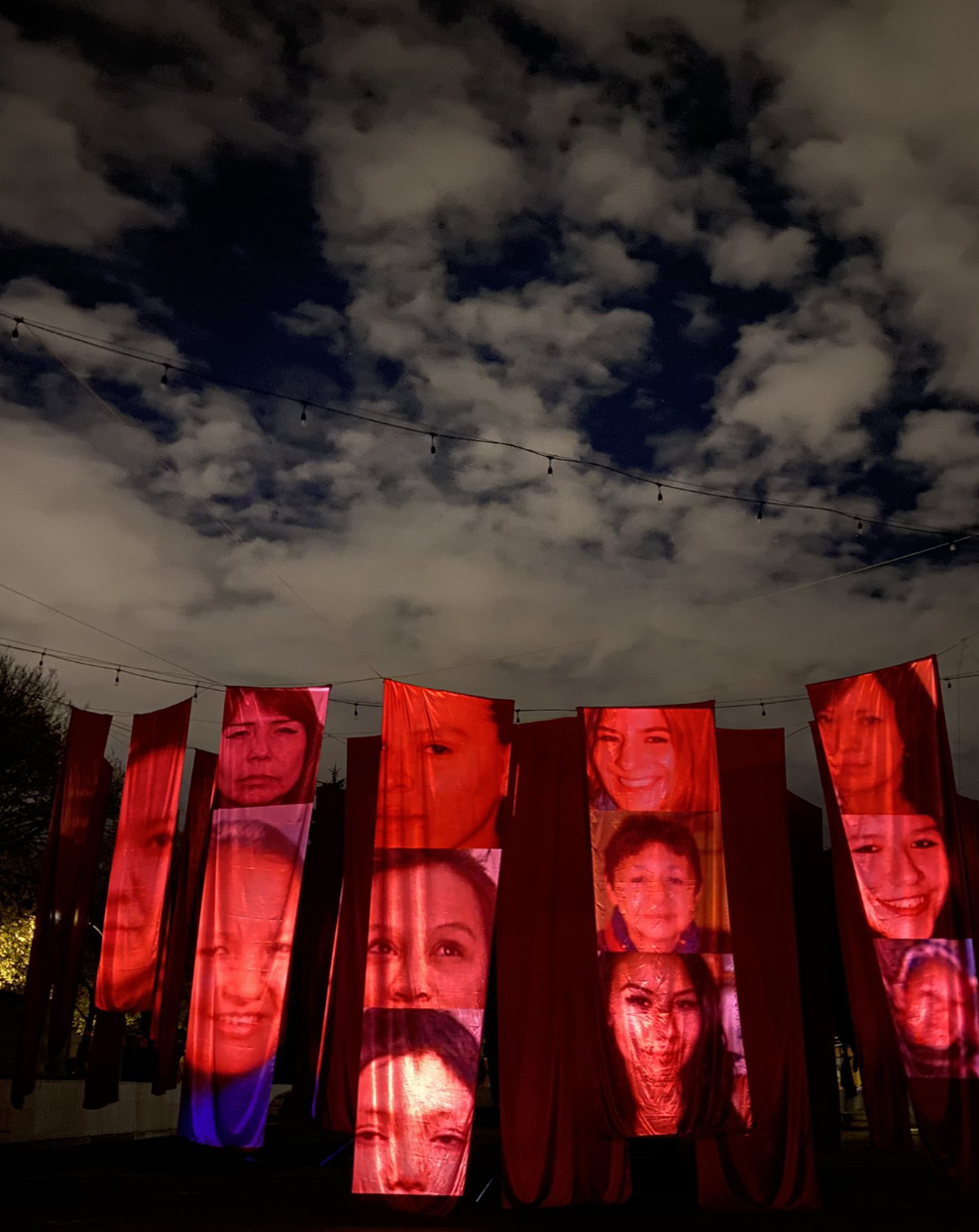